Dustin Johnson looks good in green. But those coveted jackets aren’t given, they are earned.

After a stellar “moving day” in the third round of competition, where he hit every fairway and nearly made an albatross at the par-5 second, DJ was four shots ahead entering Sunday. Perfectly positioned to saunter his way to a second major title.

However, no golfer is fully immune to major championship pressure, especially at Augusta National. Back to back bogeys at holes 4 and 5 on Sunday brought the field within two. Maintaining his unflappable demeanor, DJ showed the poise of a champion as he stepped to the 6th hole – a 180-yard par 3.

A laser-like 7 iron settled inside 10 feet and DJ bounced back with a birdie. While that moment that may go unnoticed by history, it was a key final-round sequence. He quickly righted the ship.

The course-dependent 7-wood has been in and out Dustin’s bag throughout the season. For Augusta, it gave him the perfect carry number and landing angle to attack the par 5s. DJ was a combined 11-under on the storied par 5s for the week. Other equipment changes included fresh Milled Grind wedges for some extra zip on short shots.

“We built the 7-wood for him in Memphis at the FedEx St. Jude. I think it was always the plan that he might use it at Augusta. He at first was looking to add more spin to his 5-wood to increase the descent angle and give him more stopping power into par 5s. We accomplished that by switching into the 7-wood head. We knew it would be useful to him in partnership with the TP5x ball – all of this with Augusta in mind.” 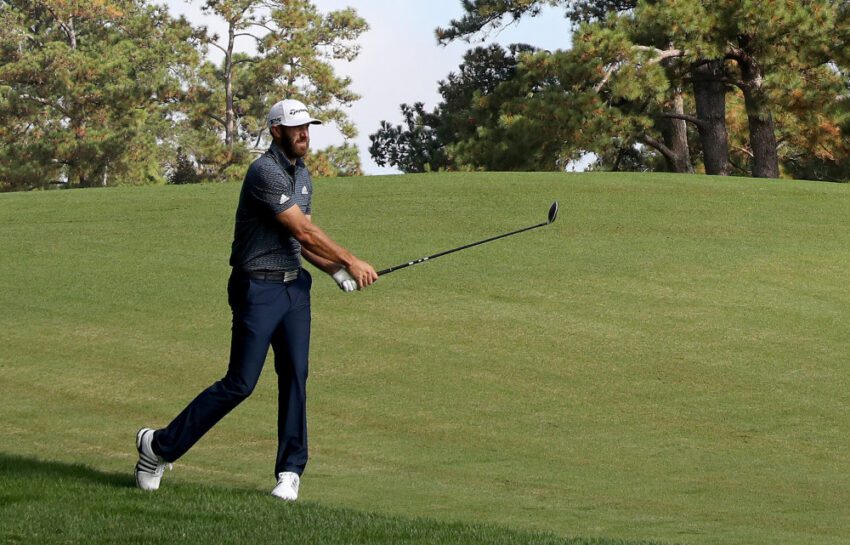 DJ hits 7-wood into the par-5 second during Sunday’s final round.

In true championship fashion, DJ distanced himself from the field coming down the stretch. Birdies at 13, 14 and 15 got him to record 20-under.

It was a complete performance from tee to green. Across the four rounds, Dustin led the field in greens in regulation (82%) and proximity to the green (30’8”). He hit 77% of fairways while averaging 307 yards off the tee.

One defining moment of this annual tradition comes at the close of play, as the defending champion welcomes the winner to an elite club. DJ doesn’t show much emotion, but as Tiger draped the jacket on his 6’4” frame – even he smiled. For Team TaylorMade, keeping the jacket in the family is special. Fittingly, Dustin’s record score of 20-under-par (65-70-65-68–268) bested Tiger’s 1997 score of 18-under. 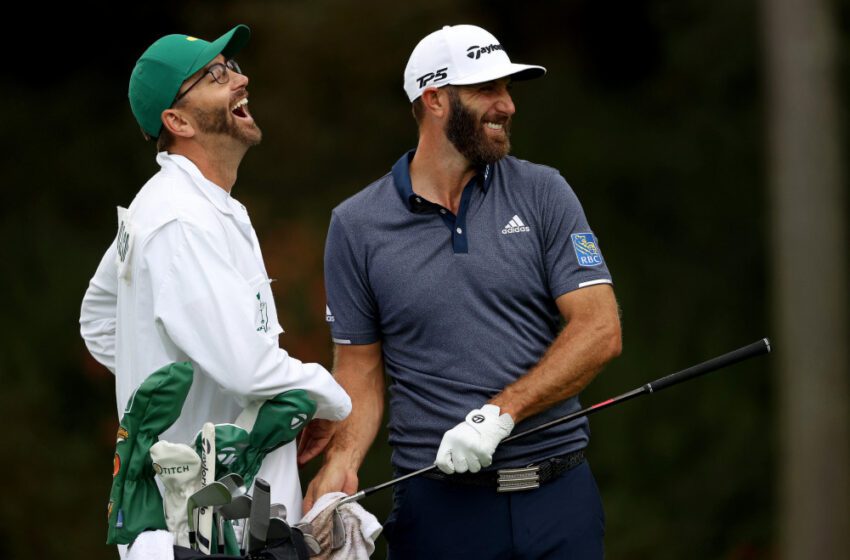 It was also proper close to 2020 for the World No. 1. He’s delivered dominant performances since the Tour’s restart in July. This marks his 4th win in the last 5 months, including the Tour Championship and FedEx Cup.

His most recent win is far more than a cherry on top. It’s the stuff that legacies are made of, cementing him as one of the game’s all-time greats. 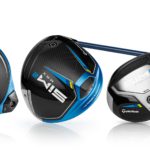